The data tell the story: Less than 1% of venture capital in the United States is invested in companies led by Black entrepreneurs. Add "female" as a data filter and it drops to 0.2%. Amid reckoning with legacies of racial injustice, we wanted to examine how a lack of representation in the startup ecosystem hinders access to capital for diverse founders. Brown Advisory’s Keith Stone sits down with three thought leaders in the venture industry—Charles Hudson, Richard Kerby and Monique Woodard—to explore paths to a growth economy where an expanded set of innovators and ideas can thrive.

Listen and subscribe to our podcast from your mobile device:


We would like to hear from you & stay in touch:

Please click here to complete a brief questionnaire so we can learn from your thoughts and feedback (it should take about two minutes).

Keith Stone: I’m Keith Stone. I’m a partner at Brown Advisory, and I lead our venture capital investing effort. I am thrilled to welcome to the podcast three successful investors who are deeply thoughtful about how to improve upon the lack of representation in the venture industry. Charles Hudson Is the founder of Precursor Ventures; Monique Woodard is the founder of Cake Ventures; and Richard Kerby is a founder of Equal Ventures. Charles, Monique and Richard were friends long before they joined us on the podcast – and it so it was a special treat to be able to facilitate this conversation.

One note about this episode: You will hear Charles, Monique, Richard and me refer to GPs and LPs. In case you are less familiar with the venture industry – GPs (or general partners) are the partners in venture capital firms. They manage the firms, raise money, make investment decisions and guide the portfolio companies. LPs (or limited partners) invest in venture funds to provide capital for new ideas and benefit if and when the companies in the fund grow successfully and are acquired or go public.

As we come to the end of this season of the NOW podcast, it is interesting to reflect on how the conversation with Charles, Monique and Richard echoes previous episodes – Jon Meacham on the importance of truth-telling; Doug Baker, CEO of Ecolab, and Lynelle Cameron of Autodesk on how business can drive systemic change; and Joel Flory, the CEO of VSCO, on the benefits of culture “adds” and diverse perspectives. 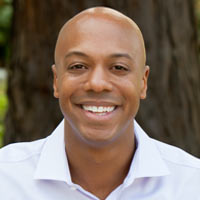 Charles Hudson is the Managing Partner and Founder of Precursor Ventures, an early-stage venture capital firm focused on investing in the first institutional round of investment for the most promising software and hardware companies. Prior to founding Precursor Ventures, Charles was a Partner at SoftTech VC. In this role, he focused on identifying investment opportunities in mobile infrastructure. 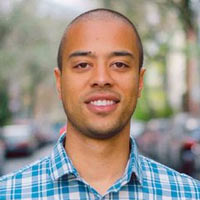 Richard is Co-Founder and General Partner at Equal Ventures. Prior to co-founding Equal Ventures, Richard was an investor at Venrock, where he led seed-stage and Series A stage investments in 6Sense, Amino Apps, Beckon, Burner, Luxe Valet, and Salsify. Prior to joining Venrock, Richard was an investor at Institutional Venture Partners (IVP), where he focused on identifying and evaluating later-stage investments. While at IVP, Richard worked with IVP portfolio companies such as Dropbox, FleetMatics, PopSugar, Shazam, and Yext. Prior to joining IVP, Richard worked in the Investment Banking Division of Credit Suisse. Richard is a proud Georgetown alum and is a rabid Hoyas basketball fan. Richard is also the founder of Stealth Mode, a community of more than 1,500 African American founders, operators and investors. 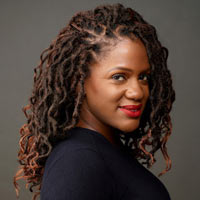 Monique Woodard is the Managing Director at Cake Ventures, a venture capital fund that invests in the future of technology being driven by major demographic trends. Her investments as a venture capital and angel investor include Blavity, Encantos, Silvernest, Court Buddy, Gemist, and many others. Previously, Monique was a Venture Partner at 500 Startups where she invested in the US and Africa, a Venture Scout at Lightspeed Venture Partners, and has been a trusted advisor to foundations and venture capital firms like SoftBank. Before moving onto the investor side of the table, Monique spent 15+ years in the tech industry and she has been a startup founder, product-focused operator, and started a national community of tech entrepreneurs. Monique invests in companies with global ambitions who are creating technology products that meet the needs of tomorrow’s internet users.

Keith is a partner and private equity analyst. He is responsible for sourcing and performing due diligence on fund managers operating within the private equity, venture capital, debt, energy and real estate sectors. Additionally, Keith is a member of the Private Alternative Strategies Committee, a group responsible for approving new alternative investments for the firm. 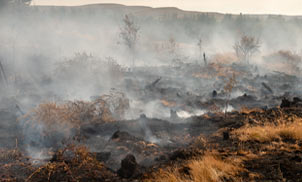 With devastating wild fires and floods filling our news feeds, the consequences of a changing climate have rarely felt more acute or urgent. In the midst of Climate Week, Brown Advisory’s Karina Funk sat down with Kate Gordon, who leads climate policy for the state of California and is one of the world’s foremost authorities on the intersection of business and climate.

As investors, we are constantly looking for opportunities to mitigate climate risk and support climate solutions. If we can help improve outcomes for the people impacted by climate change, we can generate returns for all of our stakeholders—our clients, colleagues and communities. With California as an epicenter of both climate-based tragedy and innovation, Karina and Kate talk about the ongoing crisis, investing in solutions, and the state’s announcement this week to move toward selling only zero-emissions vehicles by 2035.

The views and opinions expressed in this podcast are those of the speaker(s) and do not necessarily reflect those of Brown Advisory. These views are not intended to be and should not be relied upon as investment advice and are not intended to be a forecast of future events or a guarantee of future results. The information provided in this podcast is not intended to be and should not be considered a recommendation or suggestion to engage in or refrain from a particular course of action or to make or hold a particular investment or pursue a particular investment strategy, including whether or not to buy, sell, or hold any of the securities mentioned. It should not be assumed that investments in such securities have been or will be profitable. There is a risk that some or all of the capital invested in any such securities may be lost. This piece is intended solely for our clients and prospective clients, is for informational purposes only, and is not individually tailored for or directed to any particular client or prospective client.