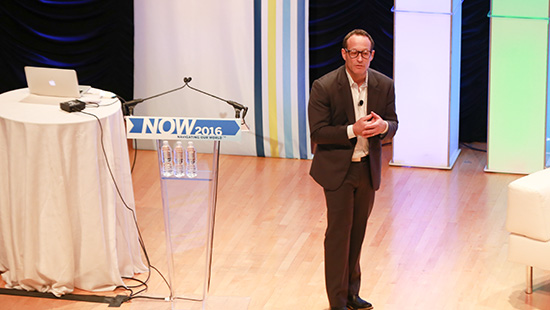 Stroke persists as a scourge even in countries with the most advanced medical care. In the U.S., one out of every five people between the ages of 55 and 75 suffers a stroke, and currently there is no option available to treat or reverse the resulting damage to the brain. A stroke occurs in the U.S. every 40 seconds, making it the leading cause of long-term disability, with 75% of patients homebound within a year.

John Krakauer, director of the Johns Hopkins Brain, Learning, Animation and Movement (BLAM) Laboratory, has sought to revolutionize treatment of stroke patients by assembling an eclectic team: animators, computer gamers, Disney/Pixar engineers and dolphin experts from the National Aquarium in Baltimore. He centers his approach on an appreciation for the link between the brain and physical movement, and for the brain's capacity for post-injury healing. Ultimately, Krakauer leverages the human brain's "plasticity," or inherent changeability throughout a lifetime.

Clinical studies on mice provided early validation for Krakauer’s ideas. The BLAM lab found that a week after a stroke, intense training and rehabilitation could at best recover about 70% of the rodents' potential abilities.

Researchers then induced a second stroke and immediately began retraining the mice, rather than impose a one-week delay. The contrast was dramatic: Intense retraining following the stroke helped the mice regain nearly 100% of prior potential. The results affirmed Krakauer's view that the longer training is delayed, the less a stroke victim would recover in brain function. Immediate and intense training, in his view, is the best way to leverage the brain’s receptivity to healing.

Krakauer's approach defies current poststroke therapy, which usually entails two weeks in a hospital bed, in which 60% of the patient’s time is spent alone, with 85% of the time spent immobile. This treatment regimen persists even though data suggest that the brain's ability to recover atrophies four weeks after a stroke.

Under current techniques, rehabilitation fails to challenge the brain sufficiently in both range and intensity of movement. Much of the rehabilitation is focused on coping with the loss of brain function rather than the retraining of the brain, according to Krakauer.

As an alternative, Krakauer has created an exoskeletal robotic arm that enables stroke patients to play a video game with their arm in which they mimic the movements of a dolphin through water. The semi-autonomous computerized machine and image challenge the brain to make the movements of a multitasking, skilled animal. While the approach has yet to be tested fully in a clinical setting, Krakauer said the device has increased patients' intensity of movement by two orders of magnitude compared with current rehabilitation techniques.

Through his research, Krakauer is pushing back the boundaries on knowledge of the relationship between human movement and cognition. His findings may reshape current business models for aiding stroke patients and help advance the treatment of Alzheimer's and other neurological disorders.