NOW 2016 | Hope vs. Fear: Winning the Hearts and Minds of Arab Youth 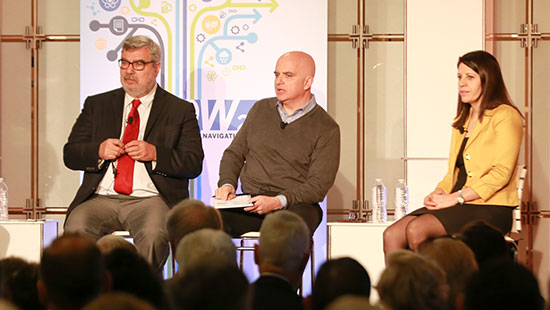 The Middle East, although torn by conflict, shows long-term promise, with a proportionally large and growing population of youth that is online, tech savvy and eager to find economic opportunities. Indeed, the misperception that Arab youth are hostile militants prompts diplomatic approaches to the region that are detrimental to people both within and outside the Arab world, according to the panelists at the NOW 2016 session, “Hope Versus Fear: Winning the Hearts and Minds of Arab Youth.”

Young people across the region seek to educate themselves and to break free from schooling that is aimed at creating obedient citizens who lack skills in critical thinking, according to Nadia Oweidat, a fellow with the International Security Program at New America. Youth express their autonomy and individuality online in ways as simple as posting comments in a chat room or creating their own Facebook page, said Oweidat, who has researched the impact of social media in the region. “You cannot undo the individualism among Arab youth,” she said. “The citizenry is completely different from what the regimes want to control.”

Arab youth have the same aspirations as their counterparts in the West—a job, marriage and family, according to Rami Khouri, director of the Issam Fares Institute for Public Policy and International Affairs at the American University of Beirut. Yet most countries in the region lack the political and social structures that can help youth reach their goals. Consequently, the younger population has splintered—a small number of terrorists make up one extreme, and a small number of entrepreneurs pursue their ambitions on the other extreme. In the middle, youth seek to emigrate, or they create parallel lives on the Internet or through social life at a mall, according to Khouri. Among some youth, the United Arab Emirates has become a magnet for entrepreneurs and venture capitalists, thanks to a legal system that protects private property, according to Chris Schroeder, an investor and author of Startup Rising: The Entrepreneurial Revolution Remaking the Middle East. 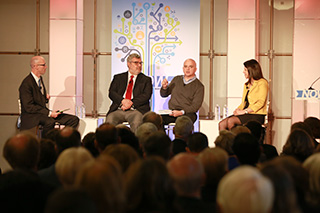 Still, the region is hamstrung by oligarchies that for years have counted on the support of foreign powers, Khouri said. The rulers tolerate initiatives such as literacy programs or entrepreneurship while tightly controlling access to political and economic power. With roughly 40% of the region’s workforce employed in the gray-market economy, tens of millions of citizens are stuck at a subsistence level with little hope of advancement. The region needs political reform and economic policies that spur job creation and productivity, according to Khouri.

The U.S. and other foreign powers need to recognize that the region can be most effectively influenced through so-called soft power rather than through military action, Khouri said. Washington should advocate that the rule of law apply to all the parties in a dispute, leveraging the fact that many people in the region admire U.S. ideals, he added.

While acknowledging challenges across the Arab world, Khouri said he sees reason for optimism in the Vision 2030 announcement in April by Saudi Arabia’s Deputy Crown Prince Mohammed bin Salman. The package of economic and social policies was presented as a way to free the kingdom from dependence on oil exports. Yet, according to Khouri, the plan is also a tacit indication that the government knows it can no longer expect to have the same degree of power over people’s lives.