To kick off our Navigating Our World podcast, our CEO Mike Hankin shares his thoughts on why NOW is especially important during this crisis, and on the responsibility of business leaders to address the polarization around challenging issues -- including capitalism, climate change and more -- without taking sides.

Listen and subscribe to our podcast from your mobile device:

We would like to hear from you & stay in touch:

Please click here to complete a brief questionnaire so we can learn from your thoughts and feedback (it should take about two minutes).

Katie Vanneck-Smith: There’s a story behind this series of podcasts that I want to introduce, and it’s really about the importance of thinking big even when things are difficult. NOW 2020 (NOW stands for Navigating Our World) wasn’t meant to be a podcast. It was planned as an event bringing together leaders from business, historians, thinkers and activists. Like a lot of events, the coronavirus made it impossible to put on. But Brown Advisory, who organize the NOW conference every two years, remains committed to the idea of engaging with the most important issues that they see around them. Navigating Our World has never seemed more important. And so the NOW 2020 podcasts were born. I’m Katie Vanneck-Smith. I’m Co-founder of a news publisher, a slow news publisher, called Tortoise. Like Brown Advisory, we’re interested in what’s driving the news, not in the breaking news. So when it came to raising the future, as Brown Advisory calls it, by finding a way to take the important ideas and the great speakers of the NOW 2020 conference and capturing their insights in podcasts, we felt like natural partners. I think it’s going to be a really fascinating series, different from a conference, but just as thought provoking. 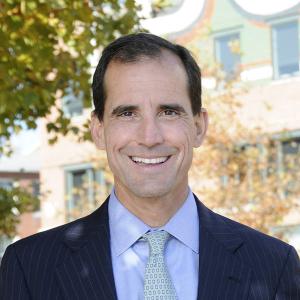 Mike is a partner, a member of the Executive Team and serves as president and chief executive officer. He is a director of both Brown Advisory Incorporated and Brown Investment Advisory & Trust Company. As chair of the Baltimore Healthy Harbor Project and executive committee member of the Baltimore Waterfront Partnership and Management Authority, he has challenged the city to achieve a goal of making Baltimore’s Inner Harbor swimmable and fishable by 2020. He is a trustee of the Johns Hopkins University, trustee and vice chair of Johns Hopkins Medicine and chair of the board of managers of the Johns Hopkins University Applied Physics Lab. He also serves as chair of Land Preservation Trust, is a trustee of the Center for Large Landscape Conservation, and is a director for the National Steeplechase Association and Associated Black Charities. Mike also serves on the board of directors of Stanley Black & Decker Inc. (NYSE: SWK) and on the boards of directors of three private companies, Tate Engineering Services, Inc., The Wills Group, Inc. and 1251 Capital Group, Inc. Mike earned a B.A. and M.A. from Emory University in 1979 where he graduated Summa Cum Laude and Phi Beta Kappa, and he received a J.D. from The University of Virginia School of Law in 1982. 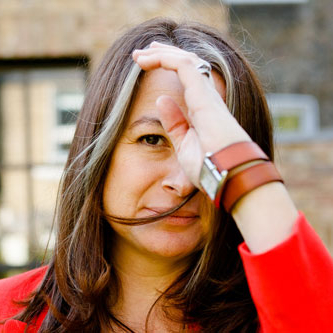 Co-founder and Publisher of Tortoise Media with James Harding and Matthew Barzun, Katie Vanneck-Smith has left the corporate bosom of News Corp after more than 20 years. Prior to this new adventure as an entrepreneur, Vanneck-Smith was the President of Dow Jones, publisher of The Wall Street Journal, where she led the company to over 3 million subscribers, the largest number in WSJ history. She has previously worked at the Telegraph Media Group and The Times, where, as Chief Marketing Officer, she was the architect of the newspaper's early move to paid digital subscriptions. She created the U.K.'s first news membership brand, Times+, and oversaw the events programs, including both the Wall Street Journal CEO Council and the Times CEO Summit. She was named Pioneer of the Year at the British Media Awards. She is vice-patron of the charity Family Action. Married to Nick Smith, with one son Stanley. 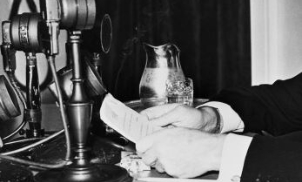 Episode 1 | We've Been Here Before (and Made it Through): A Conversation with Jon Meacham

In an intimate and candid conversation, CEO Mike Hankin sits down with esteemed Pulitzer Prize-winning author and historian Jon Meacham to draw historical parallels with the current crisis, and discuss lessons we can take from past leaders about navigating challenging times.

The views and opinions expressed in this podcast are those of the speaker(s) and do not necessarily reflect those of Brown Advisory. These views are not intended to be and should not be relied upon as investment advice and are not intended to be a forecast of future events or a guarantee of future results. The information provided in this podcast is not intended to be and should not be considered a recommendation or suggestion to engage in or refrain from a particular course of action or to make or hold a particular investment or pursue a particular investment strategy, including whether or not to buy, sell, or hold any of the securities mentioned. It should not be assumed that investments in such securities have been or will be profitable. There is a risk that some or all of the capital invested in any such securities may be lost. This piece is intended solely for our clients and prospective clients, is for informational purposes only, and is not individually tailored for or directed to any particular client or prospective client.