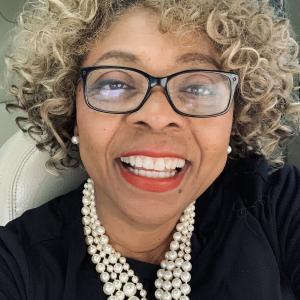 TeamBoard of Directors, Sustainable Investing Advisory Board
Location
Print Bio
Dr. Mamie Parker is a member of Brown Advisory Sustainable Investment Board and chair of the Virginia Department of Game and Inland Fisheries Commission (VDGIF). She is a professional fish and wildlife biologist, success coach and principal consultant at Ma Parker and Associates and the Ecologix Group, Inc. with clients in the Minnesota Department of Natural Resources, Maryland Port Administration, Maryland Department of Labor, the William J. Clinton Presidential Center, Little Rock Central High School National Historic Site, the Bureau of Land Management, U. S. Fish and Wildlife Service, National Wild Turkey Federation, and Ducks Unlimited. Appointed as a board member by Governor Terri McAuliffe, Dr. Parker was recently elected as chair of the VDGIF Commission and serves on the Board of Directors of Marstel Day, The Nature Conservancy-Virginia Chapter, Duke University NSOE, American University SPA, Student Conservation Association (SCA), the National Wildlife Federation, the Chesapeake Conservancy and the Chesapeake Bay Foundation. She spent a career as a biologist and senior executive in the federal government and is the former Chief of Staff, Assistant Director of Habitat Conservation, and Head of Fisheries at the U.S. Fish and Wildlife Service (FWS). Dr. Parker made history serving as the first African American FWS Regional Director of the 13 Northeastern states after working in the Great Lakes and Big Rivers regions and in the southeastern United States. While serving as Regional Director, she was the Department of the Interior’s lead negotiator working with General Electric’s cleanup of PCBs in the Hudson River, the most aggressive environmental effort ever proposed to clean up a river. Dr. Parker has an extensive amount of experience working with her staff in building bridges to nontraditional partners in the conservation community. This work resulted in her receiving a Presidential Rank Award, the highest honor bestowed upon federal employees. National Public Radio (NPR) Morning Edition featured Dr. Parker and her work in conservation addressing the challenges of increasing women in Wild STEM (Science, Technology, Engineering and Math). She has organized workshops with her sorority, Alpha Kappa Alpha Sorority, Incorporated and Brown Advisory team on women pioneers and Financial Fitness in the African American community. Dr. Parker facilitates the Links, Incorporated AARP, Are You Ready, Money Matters workshops in the Northern Virginia community. 2The Governor of Arkansas enshrined her into the Arkansas Outdoor Hall of Fame and she is the recipient of the William K. Reilly Environmental Leadership Award and the Emmaline Moore Award, named after the first female President of the American Fisheries Society. She is one of the authors of The Future of Fisheries: Perspectives for Emerging Professionals published by the American Fisheries Society.