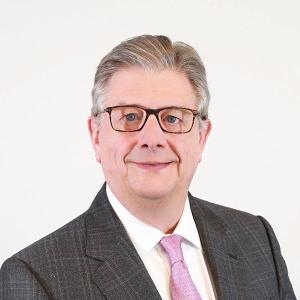 Tom is a trustee of the Brown Advisory Funds Board of Directors. He is the global chief compliance officer of Cigna Corporation. He is responsible for the ongoing development and operation of the Enterprise Compliance Program. Prior to joining Cigna in February 2017, Tom held a number of positions in public companies, including executive vice chair, general counsel and secretary of WellCare Health Plans, Inc., and senior vice president and general counsel of the MCI Group. He has also been a partner at two global law firms, DLA Piper LLP (US) and Hogan & Hartson (now Hogan Lovells US LLP). During his tenure at DLA Piper, he was a Joint Global Practice group leader and he chaired the U.S. Government Affairs Practice Group. From 2010 through 2016, Tom was the founder and president of The Saranac Group LLC, a strategic consulting firm that provided healthcare governance and compliance advice to boards of directors, senior management teams and private equity firms. Earlier in his career, Tom served as an assistant U.S. attorney in the District of Maryland, a law clerk to U.S. district judge Alexander Harvey II, and a legislative assistant to former congressman Stewart B. McKinney. Tom received his A.B., magna cum laude, from Dartmouth College and his J.D. from Georgetown University, where he has served as an adjunct professor of law. Tom has served on the Board of Regents of Georgetown University, the board of visitors of the Georgetown University Law Center and the board of trustees of the Walters Art Museum. He recently completed a term as co-chair of the advisory board of the Georgetown Corporate Counsel Institute.