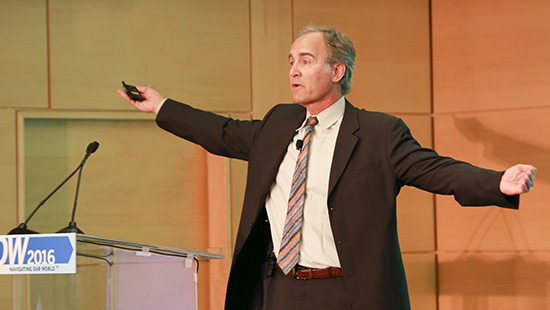 Driverless cars will vastly improve what it means to be “on the road,” according to Lawrence Burns, advisor to Google on the Future of Transportation and Mobility. So-called autonomous vehicles could reduce the 1.2 million annual fatalities on world roads by 80%. Compared with current vehicles, a two-person electric “pod” could be 10 times more energy efficient and dramatically cut per-mile travel costs. Cars would also be used far more efficiently. Currently, the typical vehicle is unused about 90% of the time, logging just 15,000 miles per year compared with the 70,000-mile-per-year average use of a New York City taxi.

The radical change in mobility has five concurrent themes—connected, coordinated, shared, driverless and tailored, said Burns, citing his insights from four decades of research at General Motors and his current position as an advisor to Google. The introduction of autonomous vehicles may begin on a large scale as early as 2018, he said.

While consumer demand is fueling the growth of driverless car technology and services such as Uber, regulation is the main force behind development of the electric car, according to Burns. The electric vehicle—including advanced electric and fuel cell drive trains—will probably become commonly used in 2020- 2025, he said. The gasoline-powered engine will not be supplanted in the near term. 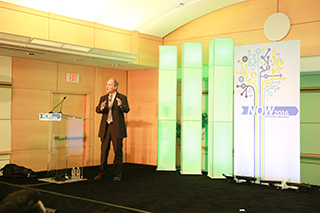 Burns suggested that investors get in front of the driverless trend and the need to proactively manage risks. That requires an understanding of what is possible with new technology and new business models, as well as the potential hazards from computeroperated vehicles. He said businesses and investors should keep in mind a maxim—“Do unto others before others do unto you.”

Incumbent auto companies face disruption on many fronts. Companies such as Uber, Lyft and Zipcar are changing ownership needs and the use of cars. Tesla is pushing electrification into the mainstream. Google and Apple, and suppliers such as Mobileye, Delphi and NXP Semiconductor are bringing autonomous vehicles within reach. The traditional automakers are racing to catch up. GM has built a partnership with Lyft and is making its first serious foray into mass-market electrification with the Chevy Bolt, which it rolled out before Tesla’s Model 3. At Brown Advisory, we have taken a selective approach to investing in autonomous cars, mindful of the high levels of disruption. We have invested in companies that have enabled greater technological sophistication in cars, including NXP Semiconductor, Amphenol and TE Connectivity. Meanwhile, we are looking for new winners in the transition to a digital auto, as well as the dinosaurs that fail to evolve.