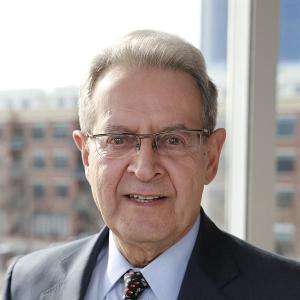 Martin S. Kaplan is a board member on the Brown Advisory Sustainable Investing Advisory Board. He is a retired partner of Wilmer Cutler Pickering Hale and Dorr, and has extensive experience advising public and private corporations, non-profit organizations and charitable foundations. Mr. Kaplan spent his entire career at Wilmer Hale in Boston and New York, and its predecessor Hale and Dorr, where he chaired its Corporate Practice. He is a graduate of Columbia College and Harvard Law School. As Managing Trustee of the V. Kann Rasmussen Foundation (VKRF) and Trustee of the Germeshausen Foundation, he was instrumental in promoting their progressive grantmaking relating to the environment and other causes.

He played a key role in organizing the Consortium for Conservation Medicine, the EcoHealth Alliance, and Grist, the largest online environmental news service. At VKRF, he provided leadership in supporting environmental programs at Harvard, Columbia, MIT, Yale and other universities. As Chair of the Massachusetts Board of Education (1992-96), appointed by Gov. William F. Weld, he was a leader of the Education Reform Movement, and served as a member of the Education Commission of the States and a director of the National Association of State Boards of Education. For ten years, he was a member of the board of the Boston Foundation, one of the largest community foundations and chaired its Program Committee.