In San Francisco’s historic Sunset District, there is a charming 1,289 square-foot 2-bedroom home, brimming with potential. That potential stems not from its character, but from its price tag: At $995,000, it is one of the few homes on the market in San Francisco for less than $1 million, and far below the city’s staggering median home price of $1.62 million.

We’re nearly ten years removed from the 2008-09 mortgage crisis, and one symbol of the recovery is the broad rise in home prices across the country. But in the past year or so, some investors have grown concerned that another potential crisis is around the corner, citing data points such as the eye-popping prices in markets like San Francisco, as well as recent housing starts reports that suggest slowing growth in new construction. While these data points deserve attention, we believe that the broader array of data reveals a much healthier mortgage market than the one that existed before the 2008-09 crisis. While a housing pullback may be inevitable, the mortgage market is in much better shape, in our view, to weather it. 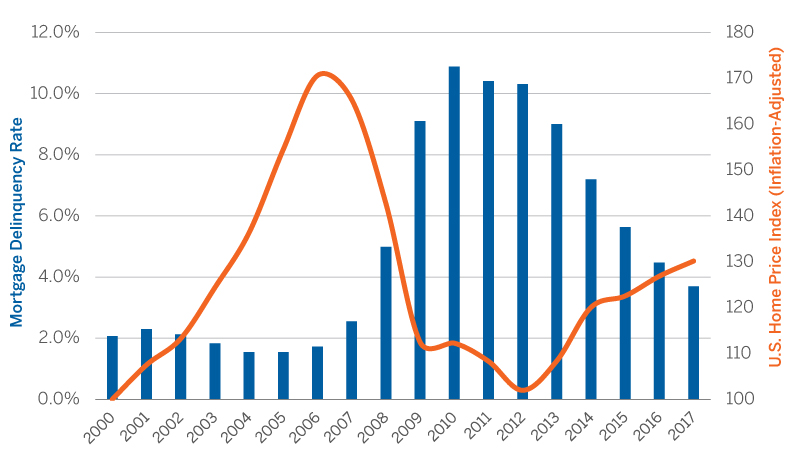 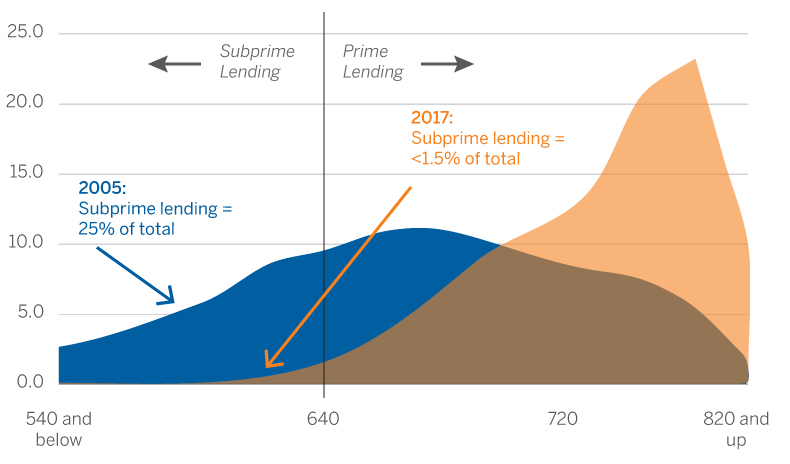 We understand the concerns some investors have expressed: For years, the central narrative supporting rising home prices was limited inventory and new construction that wasn’t keeping pace with demand. Recent data challenged that thesis. Below-consensus numbers for new housing starts and existing home sales in the past few months suggested to some that the supply crunch had dissipated.

But it is dangerous to extrapolate big conclusions from single data points. The housing market is a product of a multitude of variables—existing home sales, inventory figures, construction spending, mortgage delinquencies and broad credit mix in the MBS market are just a few of many indicators that fixed income investors should consider when looking at the mortgage market. Housing prices may pull back eventually, and interest rates and other factors could impact mortgage pricing in the short term, but from a fundamental perspective, the mortgage market appears to us to be on solid ground.