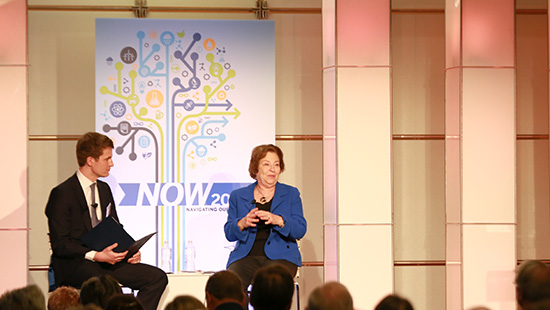 On Feb. 27, 2014, unidentified troops, referred to as “little green men” in news reports, stormed the Crimean peninsula. Within days, the soldiers occupied the Crimean Parliament prior to a vote by lawmakers to replace the regional prime minister with a member of the Russian Unity party and hold a referendum to join Russia.

There was little doubt about the allegiance of the little green men. They appeared shortly after Ukrainian President Viktor Yanukovych, an ally of Russian President Vladamir Putin, fled to Russia and was replaced by Arseniy Yatsenyuk, a proponent of Ukrainian integration into the European Union. Although Putin’s opposition to the leadership change was predictable, his invasion of a sovereign nation and annexation of the peninsula was a shock that provoked condemnation from several nations.

Inside Russia, the story was very different. According to a poll by the All-Russian Center for Public Opinion Research, 90% of Russians supported the annexation. Putin’s approval rating surged 10% in February and March of 2014, to 71.6%. He had convinced many Russians that their country was strong and impervious to foreign condemnation. Putin also distracted the public from the flagging Russian economy. The upshot—the incursion into Ukraine was a success, at least by the rules of Putin’s world, according to Angela Stent, director of the Center for Eurasian, Russian and East European Studies at Georgetown University.

In describing Putin’s world, Stent compared how Russians and the West hold completely different views on historical events. For instance, many Russians believe that the Soviet Union fell not because of economic decay and mismanagement, but because U.S. infiltration and espionage exploited weak leadership, Stent said at the NOW 2016 forum. For his part, Putin sees efforts by the European Union and NATO to expand economic and political cooperation as part of a campaign to isolate Russia and challenge it militarily. 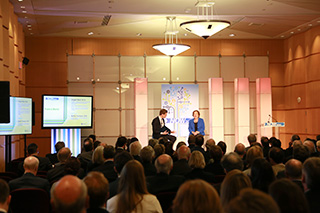 Stent served in the State Department during the Clinton and Bush administrations, and has taught at the Moscow State Institute of International Relations, gaining a rich perspective on Putin and the future of his foreign policy. She likened Putin to a modern-day czar. Although the leading lights in the upper echelons of Russian society are often called oligarchs, “everything they have—it is at the pleasure of the czar,” Stent said. Political power in Russia is more centralized in one individual than at any time in the Soviet era. Putin is popular among the masses, who view him as a strong leader who will return Russia to its rightful place as a major global power. Putin’s political opponents are either disorganized or imprisoned, according to Stent.

But all is not well in Putin’s world. Russia’s economy is highly dependent on natural resources, oil being one, and is under tremendous stress because of weak commodity prices. Russia is also suffering from capital flight and brain drain. Russians with substantial intellectual or financial resources are leaving Russia or trying to exchange their rubles for other currencies. The Russian economy needs to diversify and modernize, but government constraints prevent such a growth-friendly transition. After all, capital controls and state ownership further the interests of Putin and his political allies.

The mix of an unstable economy amid apparent political stability makes Putin’s future moves difficult to ascertain. “We are dealing with a Putin who is unpredictable,” Stent said. Investors should take a very cautious approach toward Russia and monitor potential flashpoints closely, including Afghanistan, Moldova and Ukraine. The size of Russia’s economy, exceeding $1 trillion, and its significant role in global commodity markets make understanding Putin’s world essential.